Emotional commemoration of Paolo Rossi at the FIFA Museum

On the first anniversary of Paolo Rossi’s passing, team-mates, friends and family gathered at the FIFA Museum in Zurich to celebrate his memory. Museum director Marco Fazzone announced that in 2023 the FIFA Museum will present the guest exhibition "Paolo Rossi, un ragazzo d'oro" about the world champion, marking its international debut.

On Thursday, one year after the death of Paolo Rossi, his family, eight of his team-mates from Italy’s 1982 World Cup-winning side and Gabriele Gravina, President of the Italian Football Federation, arrived in Zurich to pay tribute to the ‘Golden Boy’ (Ragazzo d’oro). In a moving ceremony at the FIFA Museum, the guests reminisced about Rossi’s time as a footballer, but especially about what he was like as a person. In his opening speech, FIFA President Gianni Infantino shared his memories of the 1982 World Cup, where Rossi’s six goals played a significant role in helping Italy win the title for the third time after the triumphs of 1934 and 1938.

Rossi’s widow Federica Cappelletti-Rossi travelled to Zurich with her two daughters and Rossi’s son from his first marriage. In addition to carrying the memories of her husband, “who always managed to give the people in his presence a positive feeling”, she also brought the jersey worn by Rossi in the 1982 World Cup semi-final against Poland with her, and handed it over to Marco Fazzone, the director of the FIFA Museum. The shirt is now on display for all visitors in the 1982 World Cup museum showcase.

Rossi exhibition to be held in Zurich
Fazzone had previously emphasised how great an honour it was for him to dedicate the museum to Rossi that evening. After the presentation of the jersey, he took the opportunity to announce, together with Rossi’s widow, that the exhibition “Paolo Rossi, un ragazzo d'oro” will be shown at the FIFA Museum. The exhibition, which includes Rossi’s Golden Ball as the best player at the 1982 World Cup and his Golden Boot as the tournament’s top scorer, was first shown in October this year at the Festival dello Sport in Trento. It will be opened to visitors at the FIFA Museum in spring 2023.

Impressions from the event 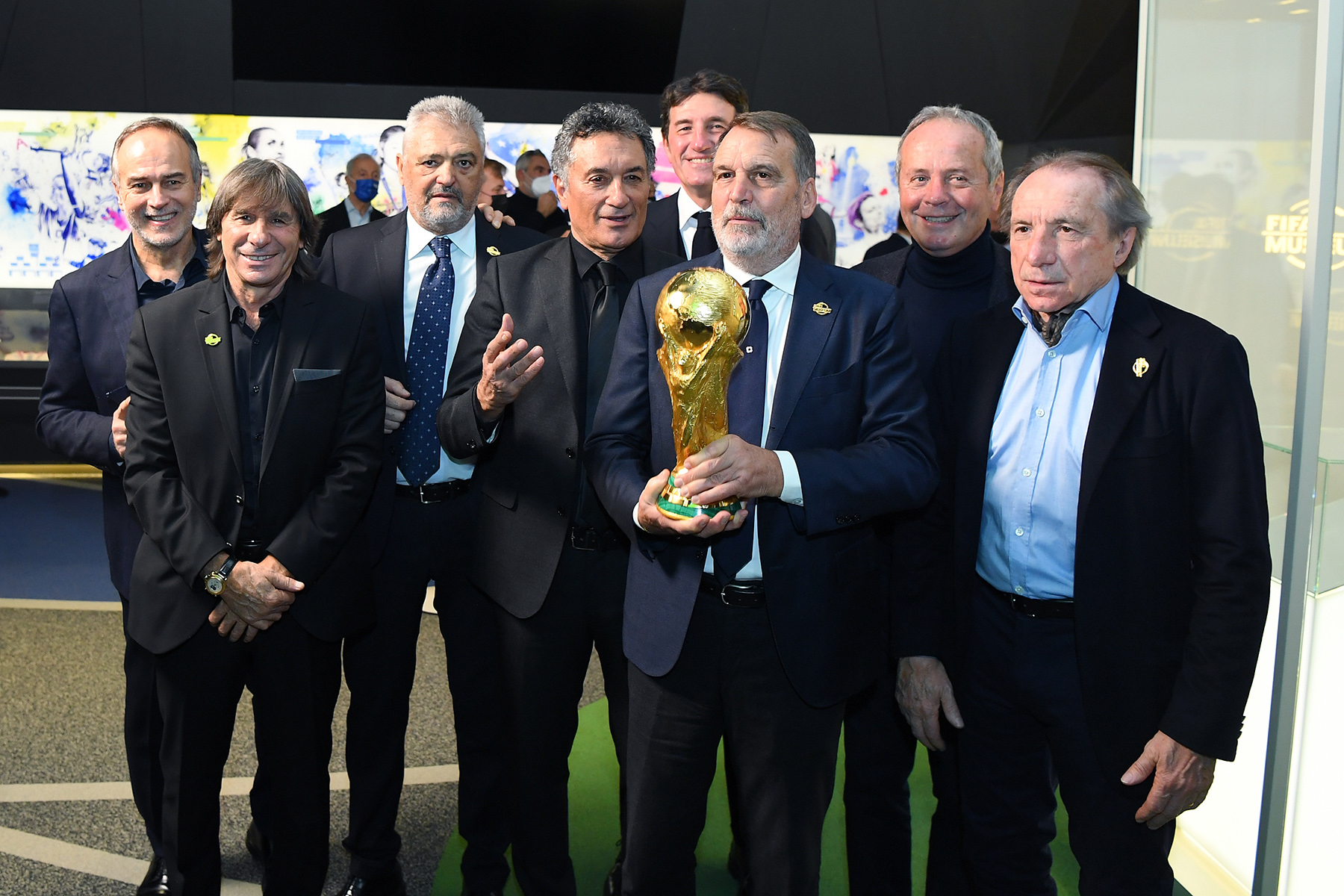 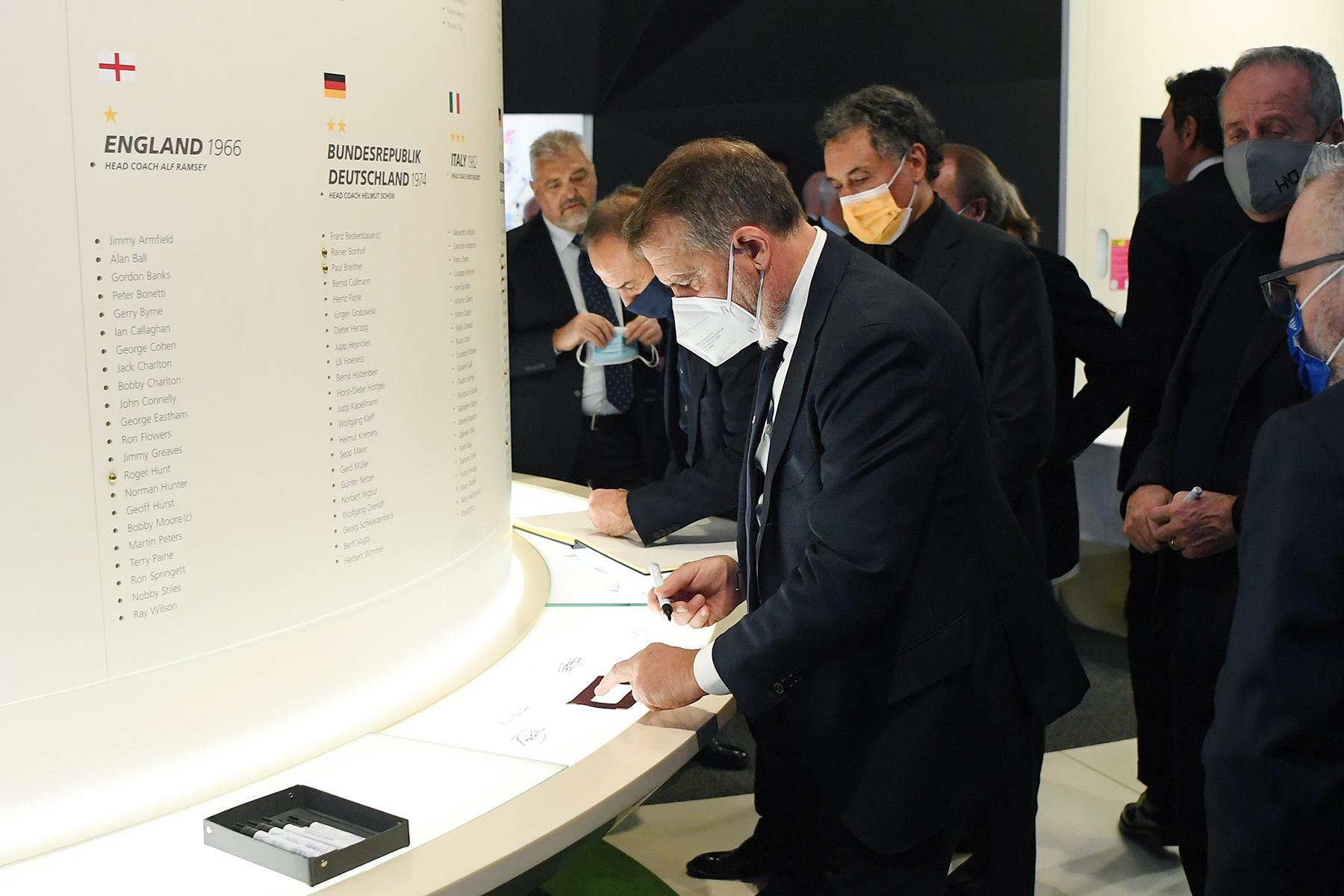 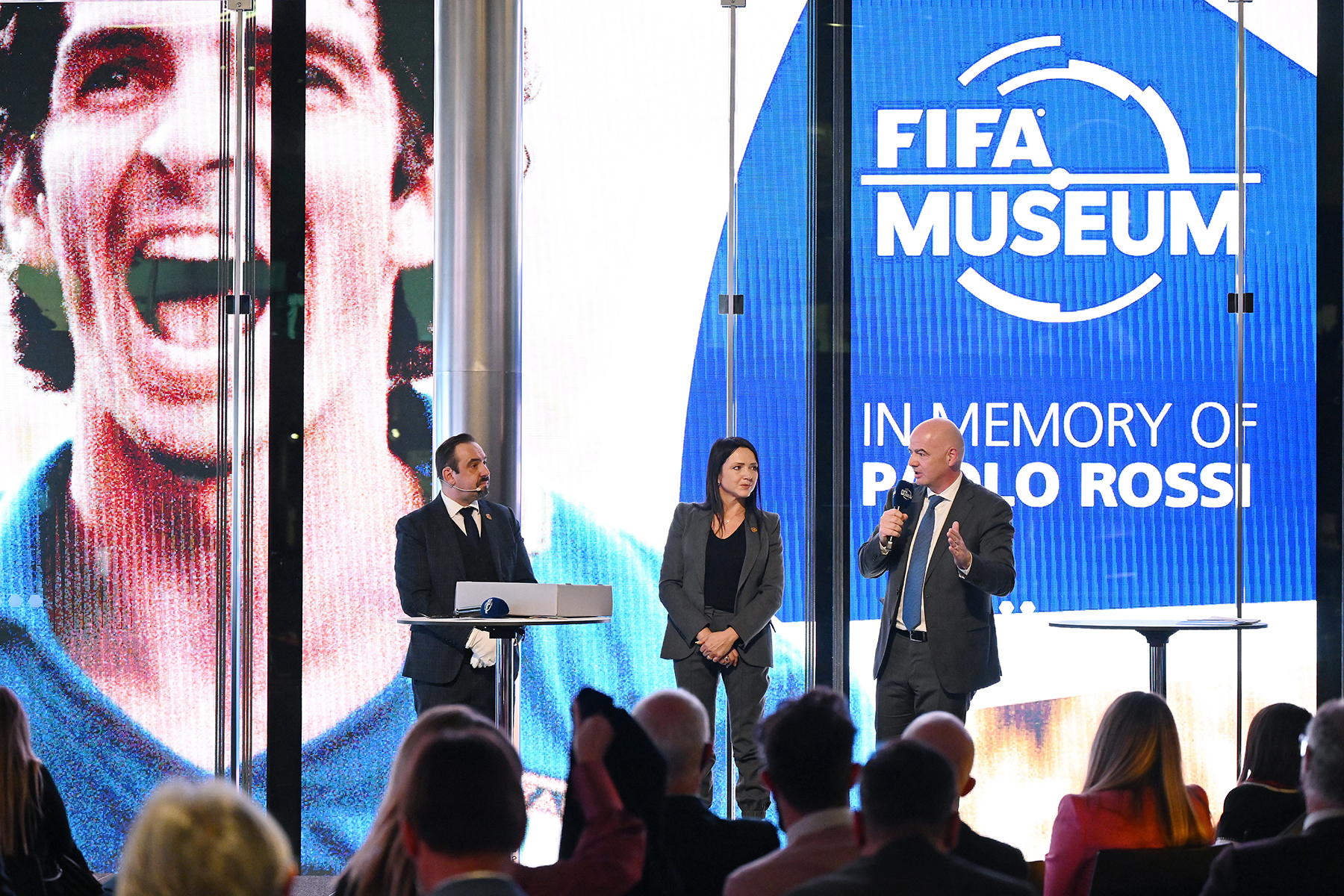 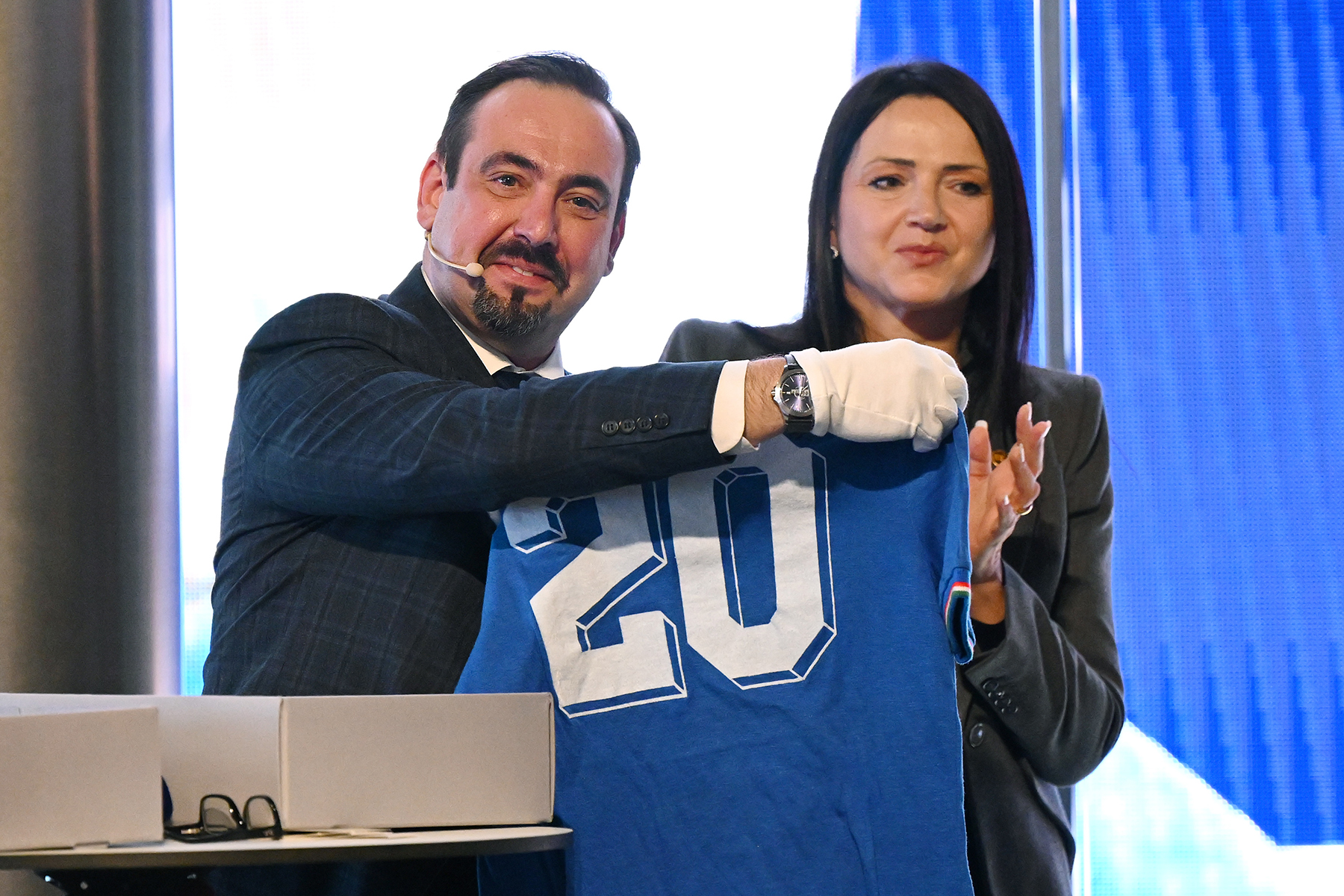 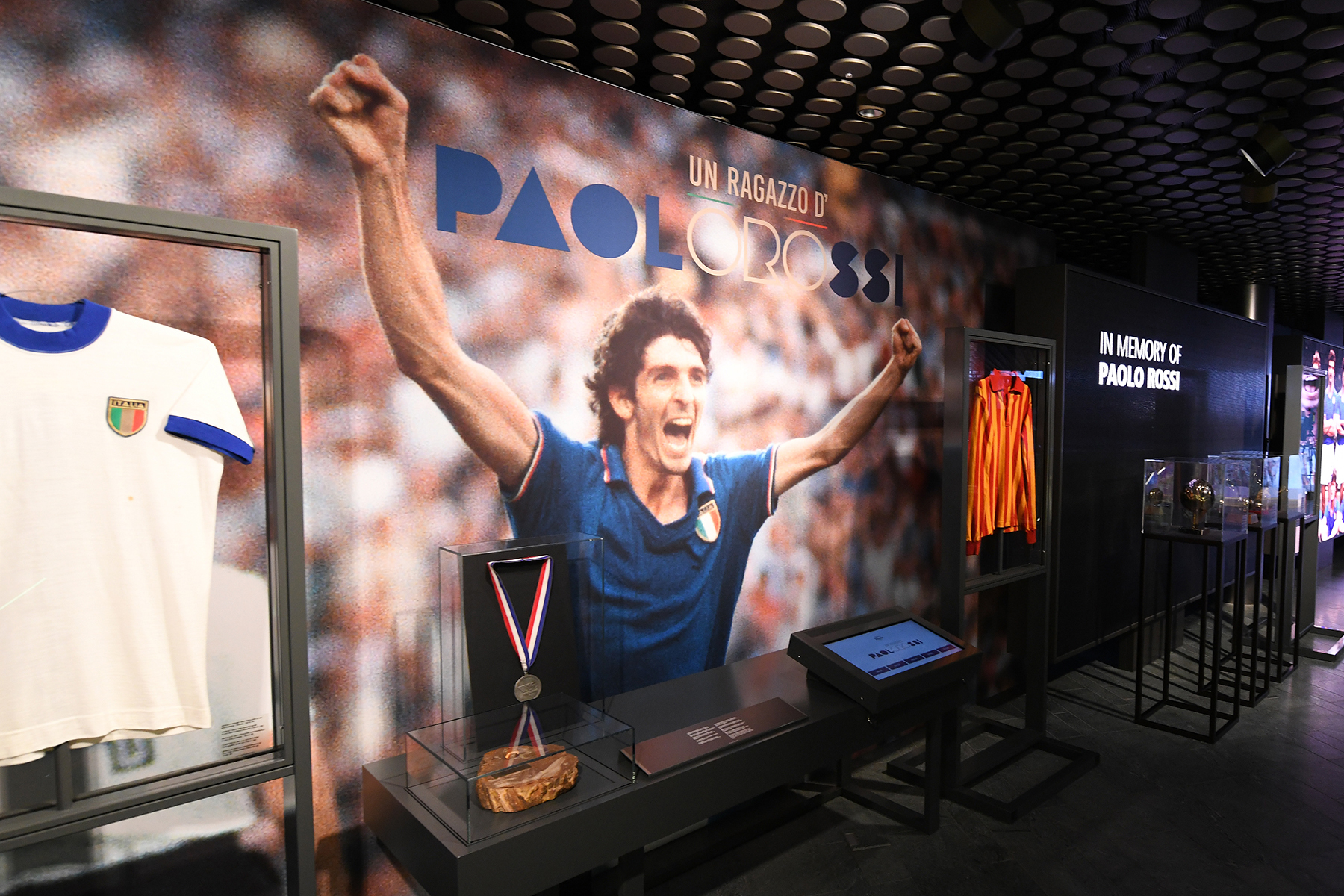 The pop-up exhibition in honour of Paolo Rossi at the FIFA Museum. © FIFA Museum 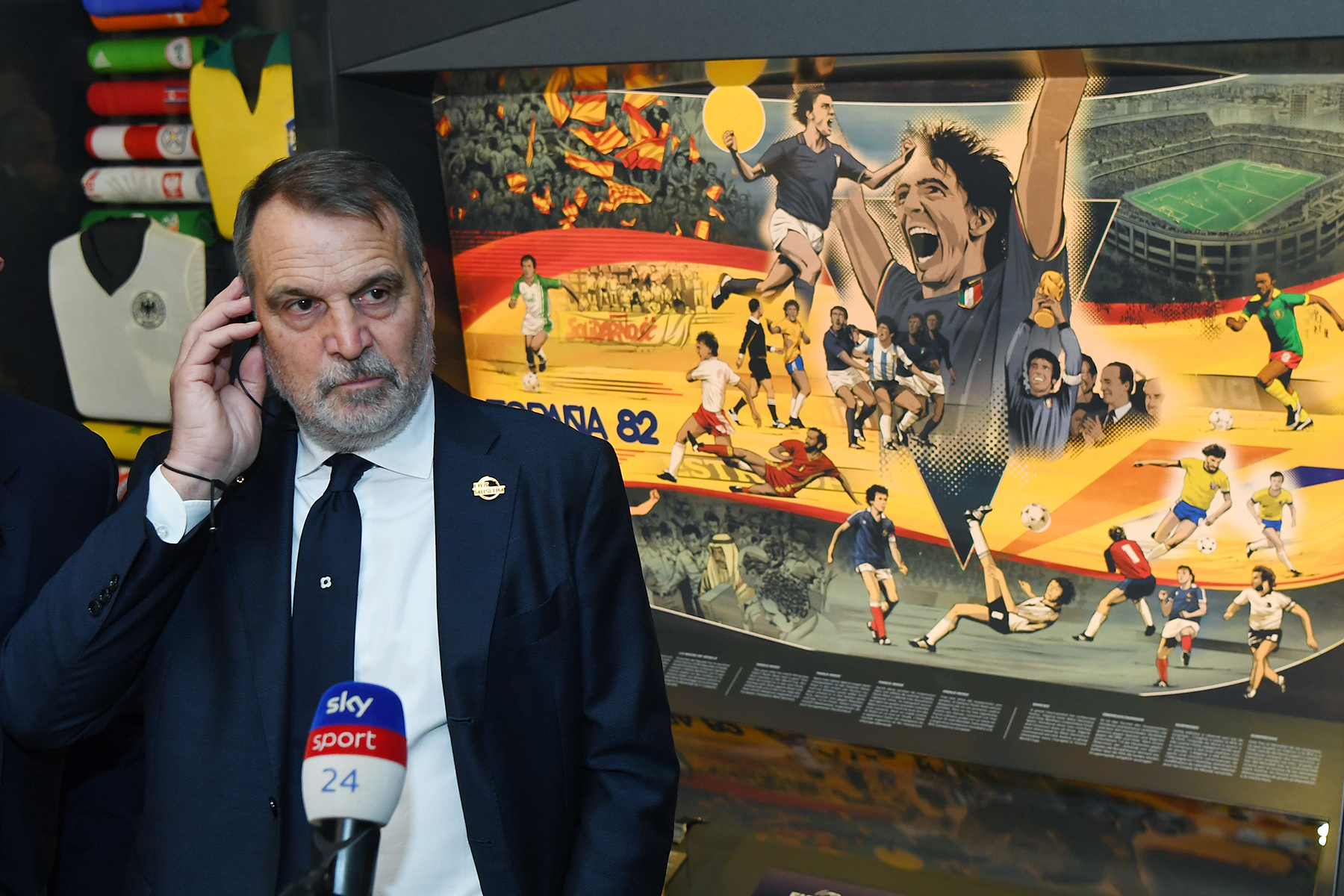 World Champion Marco Tardelli is interviewed in front of the showcase of the 1982 FIFA World Cup Spain at the FIFA Museum. © FIFA Museum 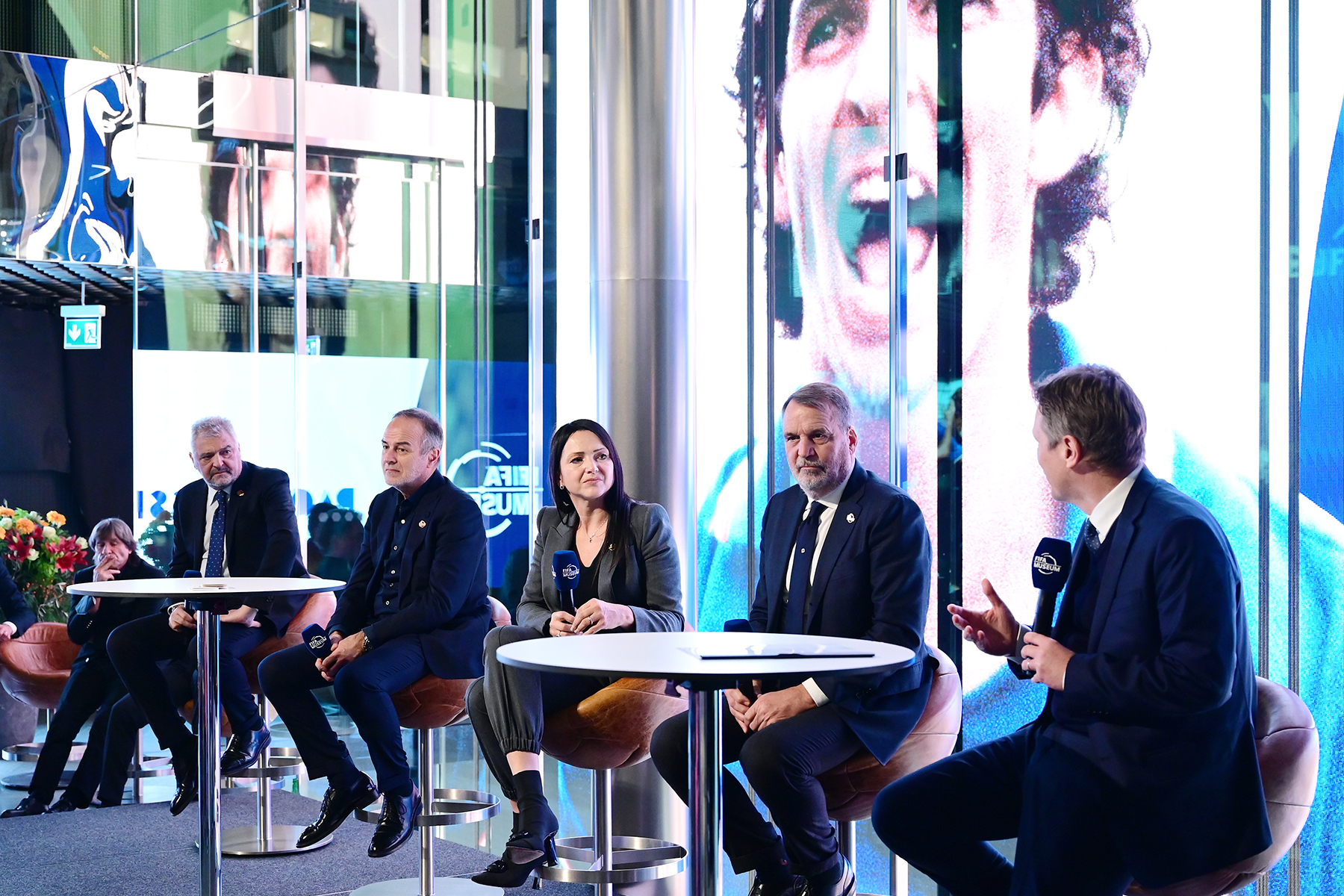 Before the announcement, the guests experienced one of the emotional highlights of the evening when FIFA President Infantino reunited the 1982 World Cup winners with the FIFA World Cup Trophy. Almost 40 years after their triumph in Madrid, it was clear that the players retain a close friendship to this day, and they even have a Whatsapp group with all the players from those finals. They laughed and joked as they took turns posing with the Trophy, but it was also evident that they miss their late friend and team-mate, and would have loved to share the moment with him. After countless photos with the Trophy, Alessandro Altobelli, Antonio Cabrini, Bruno Conti, Guiseppe Dossena, Giovanni Galli, Claudio Gentile, Gianpiero Marini and Marco Tardelli also immortalised themselves on the Wall of Champions in the museum. Rossi’s wife Federica took over her late husband’s part and put the golden pin into the wall on his behalf.

Opponents on the pitch, friends off it
After getting reacquainted with the World Cup Trophy and walking through the rest of the World Cup Gallery, the guests returned to the entrance hall of the museum, where some of Rossi’s friends shared their memories of him via video message. In doing so, they all highlighted his extraordinary human qualities. With the aid of his incomparable smile, he had a legendary ability to turn opponents on the pitch into friends off it. The best examples of this were the two former Brazil internationals Paulo Roberto Falcao and Leo Junior, who lost to Rossi's Italy at the 1982 World Cup, but flew to Switzerland from Brazil especially for the evening. Also among the guests was the referee from that match, Abraham Klein, as well Gianluca Zambrotta, who won the World Cup with Italy in 2006.

The concluding panel discussion was also about Rossi’s time as a player. His team-mate Giovanni Galli recalled that it was particularly difficult for opponents to get a grip on Rossi because he had something magical about him: “Paolo didn't look for the ball, the ball looked for him. It didn't matter where he was on the pitch, the ball always ended up coming to him.”